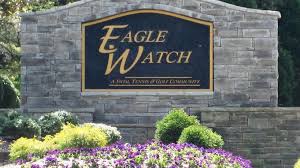 Towne Lake is a planned community in southern Cherokee County, Georgia, United States. It begins approximately two miles (3 km) due west of downtown Woodstock and extends northwest, in an area formerly known to long-time locals as "Thousand-Acre Woods", originally part of the Little River State Wildlife Management Area, which has since completely succumbed to suburban development.

The community was developed by the Means Brothers Company in the late 1980s as an upscale residential enclave, but has become a bustling commercial area as well. Towne Lake is traversed by two northward-flowing creeks, Rose Creek and Noonday Creek, both of which flow into the Little River arm of Lake Allatoona. Main roads include Towne Lake Parkway and Eagle Drive, and the area is also bordered by Bells Ferry Road to the west, Little River to the north, and Interstate 575 to the east.

Listings identified with the FMLS IDX logo come from FMLS, are held by brokerage firms other than the owner of this website and the listing brokerage is identified in any listing details. Information is deemed reliable but is not guaranteed. ©